A month has hardly passed since the launch of Realme C11, but it is not going to stop this Chinese company from coming up with another one. That’s because Realme today launched another smartphone in its C-series. The Realme C15 today made its debut in Indonesia. Let’s take a look at all the specs, features, expected price, and availability of Realme C15 in Nepal.

The device has features similar to that of the Realme C11. It uses the same chipset and even has the same display.

Upfront, the Realme C15 sports a 6.5-inch LCD panel with HD+ resolution. From the front, the two devices are indistinguishable with similar waterdrop style notch and relatively slim chin. 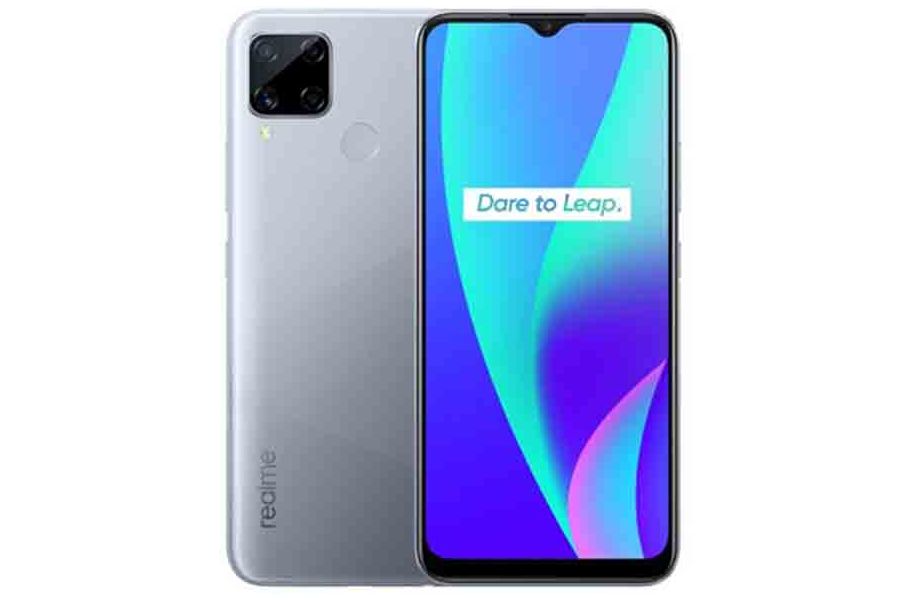 The back however tells a different story. Realme has gone for a different pattern on the rear panel. The square camera module remains in its original position, but this time it is housing not two but four cameras. As a result, the LED flash has been pushed out of the module.

The device runs on a MediaTek Helio G-series chipset. Well, the MediaTek Helio G35 SoC to be specific. It will be available in two memory configurations – 3/64GB and 4/64GB. However, the storage is expandable. The device will have four cameras at the back. It includes a 13MP primary sensor, an 8MP ultrawide lens, a 2MP depth sensor, and a 2MP monochrome shooter. Upfront, the notch houses an 8MP selfie shooter.

The most-talked about feature of the Realme C15 is its battery. It packs in a massive 6,000mAh battery; and for a better charging experience, the device supports 18W quick charging. However, the charging takes place over the dated micro-USB port. Realme C15 will feature a rear-mounted fingerprint scanner for biometrics, which was not present on C11.